BUDDHISM IS A RELIGION OF PEACE 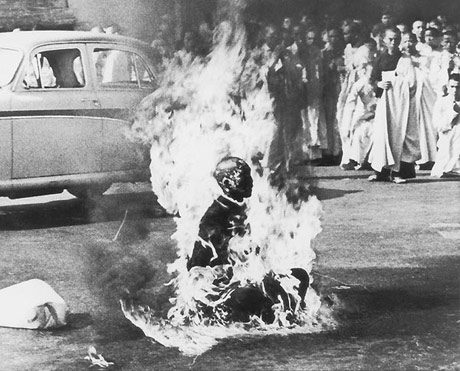 When setting yourself on fire just won't do the job anymore

Hundreds of Buddhists carrying sticks and swords went on a rampage in a village in northwestern Myanmar, torching dozens of homes and shops following rumors that a young woman had been sexually assaulted by a Muslim man, police and witnesses said Sunday.

There were no reports of injuries in the latest round of on-again, off-again sectarian violence to sweep the country.

The hours-long riot in Htan Gone, located 16 kilometers (10 miles) south of the town of Kantbalu in the Sagaing region of Myanmar, began late Saturday after a crowd surrounded a police station, demanding that the assault suspect be handed over, a police officer told The Associated Press.

The officer requested anonymity because he did not have the authority to speak to reporters. State television reported that about 42 houses and 15 shops were burned and destroyed — most belonging to Muslims — before security forces shot in the air to disperse the mob early Sunday.

The predominantly Buddhist nation of 60 million has been grappling with sectarian violence since the country's military rulers handed over power to a nominally civilian government in 2011.

The unrest — which has killed more than 250 people and left 140,000 others displaced — began last year in the western state of Rakhine, where Buddhists accuse the Rohingya Muslim community of illegally entering the country and encroaching on their land.

The violence, on a smaller scale but still deadly, spread earlier this year to other parts of the country, fueling deep-seeded prejudices against the Islamic minority and threatening Myanmar's fragile transition to democracy. Almost all of the victims have been Muslims, often attacked as security forces stood by. 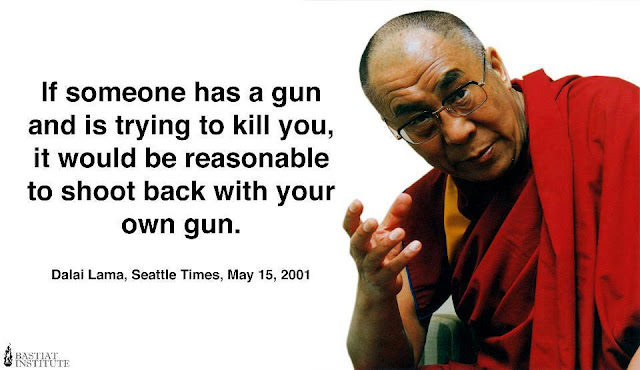 The whole coexist movement is a farce. The historical evidence couldn't be any more clear. Muslims DO NOT coexist. Ever.

Either they conquer or they are repelled.

This cannot be said any other major religion that I am aware of.

The elites in the US and EU just simply refuse to believe the evidence. As long as we continue to let them lead us we are begging for trouble.

Can we coexist with Vodun? Yes.

Can we coexist with Extremist Paganism? Yes.

Can we coexist with Satanism? Yes.

These religions don't actually threaten the safety of the world at large. When they break the law, they are held accountable for it. No one makes excuses for them.

But yes, you're right. History shows us it is impossible to coexist with Islam.

There simply is no precedent for such coexistence.