White House: ‘Okay we’re going to blow the hell out part of your country, but we don’t really mean YOU any harm’

Violating the dictum of THE expert is never a good idea. 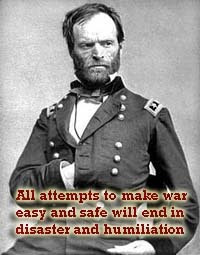 Syria response ‘not about regime change’

The Obama administration and its allies wouldn’t be angling to oust Syrian President Bashar Assad in a military attack, White House press secretary Jay Carney said Tuesday.
"The options that we are considering are not about regime change," Carney told reporters at his daily briefing. "That is not what we are contemplating here."
Rather, any response would be about responding to Syria’s violation of international law in its use of chemical weapons. But, Carney said, “it is not our policy to respond to this transgression with regime change.”

I’m not sure if I should display the laughing mule or the crying one.
They don’t understand the economy.
They have no comprehension of what drives business or businessmen.
They don’t get what drives risk, entrepreneurship or invention.
They invent a system to turn highly skilled, highly driven people into salaried drones of medical administration meant to halt what THEY regard any extraneous service.
They have been dangerously naive about the so called arab spring.
They can’t tell the difference between friends and enemies.
They are lying to themselves and therefore others about reality.
And now they are embarking on violence against a regime with nothing to lose, backed a terrorist state with LITTLE to lose, backed by world powers who need only frustrate our actions all the while ADVERTISING they are not serious about warfare.
Who will admit to voting for these people in 3 years?
Posted by Epaminondas at 7:20:00 pm

Its incredibly sad our military will follow through without question.

Just read this excellent comment on an article about Syria:

So if the Islamists had used poison gas on the girl they shot in the face, Obama would have stepped in? I don't think so. It's not because of poison gas. It could have been anything.

Our military support - these are our sons and daughters. Dying for Islam.

It is hilarious reading the comments by libs in support of Obama.

If I recall, they went absolutely ballistic when Bush wanted to bomb iraq because saddam had gassed his people.

I guess using bodies as proof of gas usage is all dependent on what side of the political aisle you stand on.

Why was it alright for saddam to use gas, but it is absolutely totally wrong for assad?

Stay out of Syria.

On one side we have rebels who have been amply boosted by Al Qaida and other jihadists.

On the other side we have a regime who doesn't like us amply boosted by another soon to be nuclear regime who likes us even less and their Hezbollah footmen.

AND THEY ARE KILLING EACH OTHER.

Where's the down side to that?