Camille Paglia On The Clash of Civilizations 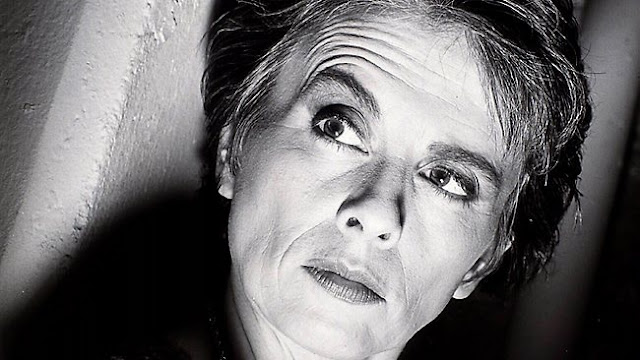 One of the world's most important, and reasonable, feminists speaks out on the threat of Islam.


In FrontPage Robert Spencer discusses why Camille Paglia may soon feel the ire of the politically correct establishment:

Camille Paglia or Samuel Huntington? It was hard to tell Wednesday when Paglia said in an interview with Tracy Clark-Flory in Salon that “the escalating instability not just in Egypt but throughout the Mideast is very ominous. There is a clash of cultures brewing in the world that may take a century or more to resolve — and there is no guarantee that the secular West will win.”

This is the kind of talk that has gotten many another writer and commentator labeled as a racist bigot. Paglia’s “clash of cultures” is closely akin to Huntington’s “clash of civilizations,” which notwithstanding how obvious it is that just such a clash is taking place now, is widely derided in the mainstream media.
As Huntington famously observed in The Clash of Civilizations, “Wherever one looks along the perimeter of Islam, Muslims have problems living peaceably with their neighbors. The question naturally rises as to whether this pattern of the late 20th century conflict between Muslim and non-Muslim groups is equally true of relations between groups from other civilizations. In fact, it is not. Muslims make up 1/5 of the world’s population but in the 1990s they have been far more involved in intergroup violence than the people of any other civilization….Islam’s borders are bloody, and so are its innards” (p. 256).
This is manifestly true, and even truer than it was when Huntington wrote it. So it is hard to understand how anyone can object to this, but after all, Leftist analysis is generally based on fantasy and fiction, and this case is no different. Mohammed Ayoob, a professor of International Relations at Michigan State University, wrote in CNN in February 2012 that “political scientist Huntington wrote in 1993 that cultural divisions preclude a defining global civilization, and the West and the Muslim world would never share the same values,” and that “many of us” believed this thesis to have been “discredited beyond repair.”
Ayoob did, however, say that Huntington’s thesis had been “reaffirmed” by the European Union’s ban on purchasing oil from Iran, and by France’s criminalization of denial of the Armenian Genocide. These decisions, he said, “sent the same message to the Muslim world: You are not our equals and are doomed to be judged by standards different from those by which we judge ourselves.”
Ayoob’s skepticism regarding Huntington’s thesis and placement of the blame entirely on the West for any clash with the Islamic world that may in fact exist is drearily typical among Leftist and Islamic supremacist pundits. And that’s why Camille Paglia, by offhandedly affirming the existence of a clash of cultures between the West and the global Islamic umma in the course of an interview about Hillary Clinton, may have set herself up for a firestorm of indignation from her ideological kin.
Despite her libertarian leanings, Camille Paglia’s Leftist credentials are impeccable, so she can say things like this in pro-jihad, pro-Sharia Leftist Salon. If Pamela Geller or Nonie Darwish or I had written exactly the same paragraph, Salon would have rejected it, or if it had appeared elsewhere, Salon would have vilified the writer as a racist, bigoted Islamophobe, fear-mongering for profit by talking about a mythical clash of cultures.
However, as Sam Harris, Joyce Carol Oates, and Richard Dawkins have recently learned, Camille Paglia will not be exempt. If she keeps talking about a “clash of cultures” that the secular West might lose, she, too, will be tarred as a “racist, bigoted Islamophobe,” impeccable Leftist credentials notwithstanding.
No one who dares speak out against jihad violence and Islamic supremacism is spared. Tuesday night PBS aired a BBC documentary about the life of Muhammad for which I was interviewed, and a small part of the interview briefly appears in the documentary, amid an avalanche of material about how Muhammad was essentially a modern-day Gandhi.

This led to a small uproar on Twitter, with Leftists and Islamic supremacists tweeting angrily to PBS asking how they could dare to air the views (even for just a few seconds) of a hate-filled bigot like me. How do they know that I am a hate-filled bigot? Most, if not all, of the angry Tweeters probably never read a line I have ever written, and even if they have, wouldn’t be able to find any actual hatred or bigotry in it. But they have been told again and again and again that that is what I am about, and the people who tell them are people they trust, so they know it must be true.
Once I am completely demonized, marginalized, and out of the way, they will start in on the next target, until there will be no one left to say the smallest critical word about jihad violence, Sharia oppression, and Islamic supremacism. Camille Paglia may well find this out.