Why Muslim Tantrums Need to Stay a Front & Center Issue 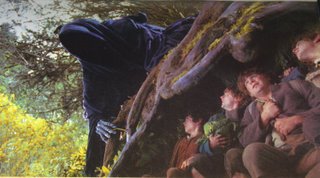 One issue at hand is the fact that many in the West were quite disillusioned with Islam in general after the "cartoonifada" back in February 2006. The many disquieting (OK, scary and threatening) signs carried by protesters at that time made many a previously not-too-involved Westerner the feeling that we really had a problem that threatened our freedoms at a very basic level. That, "Hey, you can believe what you want, but I don't think we should be together anymore", feeling. In other words, people in the West en masse were finally 'getting it'. We were realizing that no matter what we did, even if we withdrew troops from all Muslim countries, tripled our aid, helped the Palestinians to oust Israel and any other wacky requests that Muslim leaders and terrorists both tend to pester our leaders about constantly, it would not be enough. Even if we did all of these things and more, we would still not be free to study or discuss Islam as we do other religions here in the West.

That's right, we could do anything for Islam, anything, and we would still be looked down upon. And as the Pope repeated from his earlier writings and speeches, there would STILL be NO RECIPROCITY FROM MUSLIMS TOWARDS CHRISTIANS. Or anyone from other faiths who share borders or countries with Muslims. Muslims would still not allow any criticism of their prophet, the Quran, their religion, and would demand that this be upheld by tactics of murder and fear, in addition to the ever present threat of Muslim groups seeking laws in the West to basically exempt them (an no others) from criticism. Muslims would still expect to eventually impose sharia on their own comunities, and through a Mafioso-like system of fear, on the rest of us. Step back for a minute and think about these demands. Forget all of the decades now of indoctrination into the paths of relativism that make the entire West cringe at the thought that we are even to have the same rights as "downtrodden societies". Forget that Pavlovian response drilled into us that we are to feel shame at the thought of criticising another religion. This is not A Clockwork Orange, this is reality, and when all is said and done we simply don't have the experience with hardship in the West in terms of basic rights and freedoms denied and violence coming to our own societies from a civilization that is willing to destroy us for not being them. That is our weakness, and we seemed last week to be climbing out of it, or at least finally realizing the threat.