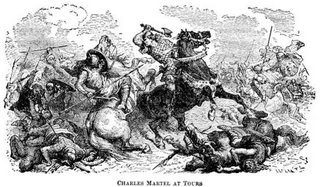 "The day will soon come when the green flag of La Illah Illah Allah (There is no god but Allah) and Muhammad Rasul Allah (Muhammad is the prophet of Allah) will be raised upon the Vatican and all around the world and on the fortresses of those who want to destroy Islam, because they know that this religion obliges them to face the truth that Islam is Allah's favorite religion. And until they join Islam, hell is their last station," Abu Saqer said.

OK, little piggie, full of your insults to MY faith MY civilization, I want MY apology from you for centuries of war waged against us. I want an apology for the escalation in violence and the increased fanaticism of the last several decades. Accept your defeat, and perhaps I will stop urging Westerners to squash you and your ilk like the cockroaches that you are.

I sense an Infidel Fatwa coming on.