Man Jailed For "Revving His Car In A Racist Manner" 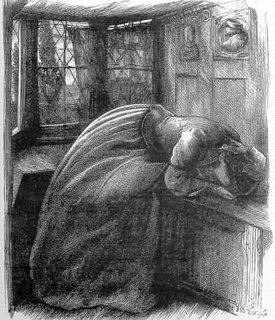 WARNING: This post contains vulgar language. Do not read it if you are easily offended.


"Maybe if I act like I'm dead, the Muslims will leave me alone."


The British government is very, very afraid of the Muslims in their midst. They will not allow their citizens to do anything which may potentially offend any of the followers of Mohammed (piss be upon him):


A DRIVER spent two nights in jail after being accused of "revving his car in a racist manner".

But he was still convicted of a breach of the peace for revving the engine of his £25,000 Lotus.
Witnesses claimed he had been trying to intimidate a Libyan couple on the pavement. Ronnie, of Stirling, claims he was only revving the powerful V8 engine to avoid another £15,000 repair bill.

And when Jenkins, now retired, confronted Ronnie he was told to "f*** off".

In court, Mr Maigel, 28, then a student at Stirling Uni, said: "The driver came alongside and was trying to annoy us by revving his engine very, very loudly."

Using an interpreter, Hana Saad, 23, said he had degraded them "maybe because we are Muslim".


Yeah, maybe, huh? Fuck you Hana, and fuck you, Eoin Jenkins, you big fucking pussy. Fuck you and your fucking badge. Fuck you, and your sickening dhimmi smell. Fuck off and die.
Posted by Pastorius at 6:56:00 pm

There are times when writers sometimes have to use words like "fuck" to get the point across.

Being one that practices that quite often, I know where you're coming from...

Dude, what I wrote here is tame compared to what I am thinking.

Believe it or not, this was a show of restraint on my part.

And, still I'm getting my point across. This cop, Eoin, is a man to be reviled. He is a disgusting man.

The cops is--sadly--only typical of British cops nowadays.
I read several Brit newspapers daily and the level of dhimmitude in that place is staggering.
The land of my fathers will be the first European islamic state.
I could weep. And I feel murderous towards the traitorous scum that have brought her to this.

this is fuckin classic, thank you for making my day m8 ;)