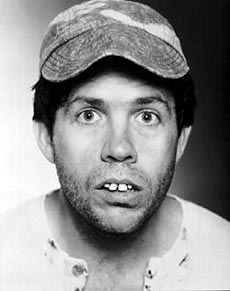 Recently, the subject of consanguinous marriage, or cousin-marriage, has come up in the comments section. Many commenters seem surprised that cousin-marriage is so prevalent in the Islamic world.

Honestly, I'm surprised you're surprised. What abomination is not prevalent in the Islamic world? But, since you are surprised, let's talk about it a bit (note, by the way, this article is by Steve Sailer, not a favorite of mine with his obssession on proving that genetics makes up the man. However, when it comes to the subject of consanguinous marriage, the evidence is clear, and we all know it to be true):


Americans know so little about the Middle East that few of us are even aware of one of one of the building blocks of Arab Muslim cultures -- cousin marriage. Not surprisingly, we are almost utterly innocent of any understanding of how much the high degree of inbreeding in Iraq could interfere with our nation building ambitions.

In Iraq, as in much of the region, nearly half of all married couples are first or second cousins to each other. A 1986 study of 4,500 married hospital patients and staff in Baghdad found that 46% were wed to a first or second cousin, while a smaller 1989 survey found 53% were "consanguineously" married. The most prominent example of an Iraqi first cousin marriage is 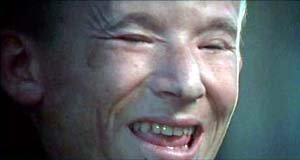 that of Saddam Hussein and his first wife Sajida.

By fostering intense family loyalties and strong nepotistic urges, inbreeding makes the development of civil society more difficult. Many Americans have heard by now that Iraq is composed of three ethnic groups -- the Kurds of the north, the Sunnis of the center, and the Shi'ites of the south. Clearly, these ethnic rivalries would complicate the task of ruling reforming Iraq.

But that's just a top-down summary of Iraq's ethnic make-up. Each of those three ethnic groups is divisible into smaller and smaller tribes, clans, and inbred extended families -- each with their own alliances, rivals, and feuds. And the engine at the bottom of these bedeviling social divisions is the oft-ignored institution of cousin marriage.

The fractiousness and tribalism of Middle Eastern countries have frequently been remarked. In 1931, King Feisal of Iraq described his subjects as "devoid of any patriotic idea, ? connected by no common tie, giving ear to evil; prone to anarchy, and perpetually ready to rise against any government whatever." The clannishness, corruption, and coups frequently observed in countries such as Iraq appears to be in tied to the high rates of inbreeding.

Muslim countries are usually known for warm, devoted extended family relationships, but also for weak patriotism. In the U.S., where individualism is so strong, many assume that 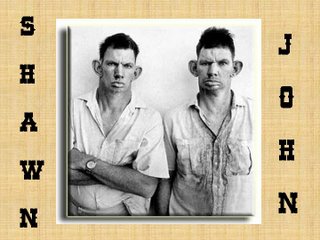 "family values" and civic virtues such as sacrificing for the good of society always go together. But, in Islamic countries, loyalty to extended (as opposed to nuclear) families is often at war with loyalty to nation. Civic virtues, military effectiveness, and economic performance all suffer.

Commentator Randall Parker wrote, "Consanguinity [cousin marriage] is the biggest underappreciated factor in Western analyses of Middle Eastern politics. Most Western political theorists seem blind to the importance of pre-ideological kinship-based political bonds in large part because those bonds are not derived from abstract Western ideological models of how societies and political systems should be organized. ?

Extended families that are incredibly tightly bound are really the enemy of civil society because the alliances of family override any consideration of fairness to people in the larger society. Yet, this obvious fact is missing from 99% of the discussions about what is wrong with the Middle East. How can we transform Iraq into a modern liberal democracy if every government worker sees a government job as a route to helping out his clan at the expense of other clans?"

Note also how Islam cleverly manipulates the Arab obsession with kinship to promote animosity against 'The Other' (Kaffirs).

Muslims refer to one another as 'brothers' and 'sisters', thus excluding the Kafir. There is no idea in Islam of human brotherhood/sisterhood. There is only one's own family/clan against all others, where the top level clan is the Ummah.

Hat tip to Religion of Pieces.

UPDATE: Hey, I've got an idea. Maybe, we could handle the war like this:

Note also how Islam cleverly manipulates the Arab obsession with kinship to promote animosity against 'The Other' (Kaffirs).

Muslims refer to one another as 'brothers' and 'sisters', thus excluding the Kafir. There is no idea in Islam of human brotherhood/sisterhood.

There is only one's own family/clan against all others, where the top level clan is the Ummah.

Arabs also look down on muslims of other ethnic backgrounds. Only the arab is a true muslim, in the eyes of the master race.

The parallel between arab/muslim supremacism, and Hitler's aryan master race beliefs, would be almost perfect if the Germans had been as inbred as arabs.

"Civilization and it's Enemies", by Lee Harris, goes into the whole family/gang/team concept. A great book, I literally just finished it an hour or two ago before I got home. Timing is everything.

The interesting thing is, when Muslims don't have any Infidels around to kill, they set about killing each other.

Apparently, now in Iraq, as far as the Sunnis are concerned, the Jihad isn't against the Americans, it's against the Shias.

It seems you just can't have peace with these people.

On behalf of all the Muslim ladies visiting your blog, I'd like to nominate the four gentlemen whose photos appear in your article for Islamic arranged marriage hunks of the month.

As the Good Book says - this is your cousin - marry him.

Fatima,
Good suggestion. They can be the Muslim Hunks of the Month, but they'll have to wait in line behind this guy:

Pastorius!
'Hunk of the Month'!

That's funny. Hey, anyone know how Hamza's extradition to the US from Britain is coming along? I lost track of that story.

Urban Infidel,
I lost track too. I should check into that.

That picture at the top -- who gave y'all permission to use my personal photo???

Stog,
You want me to take it down?