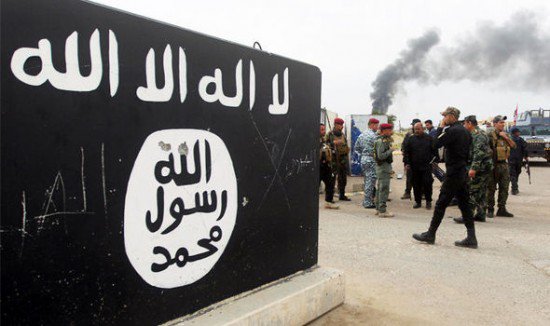 
ANKARA, Jan 12 (Reuters) – Nearly one-in-ten Turks do not regard Islamic State as a terrorist organisation, and more than 5 percent agree with their actions, according to a new survey published on Tuesday.

The data was released on the same day as a suspected Syrian suicide bomb attack in the heart of Istanbul’s tourist district which killed at least 10 people and raised fresh fears of Islamist violence in the NATO member country.

The United Nations, including Turkey, brand the group, which has taken swathes of land in Syria and Iraq, a terrorist organisation.

The research, entitled Turkey’s Social Trends Survey, was carried out by an Ankara-based think-tank and surveyed more than 1,500 people across Turkey — a predominantly Sunni Muslim nation — in November.

In response to questions, 9.3 percent of respondents said that Islamic State was not a terrorist organisation, with 5.4 percent supporting its actions.

Twenty-one percent said it represents Islam and 8.9 percent believe the group is a country or state, according to the research, which paints a picture of a small but significant pool of potential Islamic State sympathisers among Turkey’s 78 million inhabitants.

On the brighter side:
#BREAKING Al Jazeera, the media company based in Qatar, plans to shut down its American news operation http://usatoday.com

That is good news.

I have to laugh at this website. Some people are just so ridiculous and ignorant.

ISIS (I.S.I.S) - Israeli Secret Intelligence Service. The same Mossad that helped our government do 9/11. The same people who have false flagged attacks all over the world to blame and frame Muslims.

The same people who attacked us while we were helping them (USS Liberty), just to try and blame frame Egypt.

The same people who created the lie that Jesus was A Jew, when he was really Lebanese. He despised Jews and they hated him for exposing them as the evil money changing Khazar's that they are.

If you don't believe it then I dare you to look up the translation for "God" and "Peace be upon you" in his native language of Aramaic, not Hebrew, then look at Mathew 26:39.

Now how do you feel about Muslims? The truth is a bitch, isn't it.

You're an anti-Jew piece of shit, and you will rot in hell.