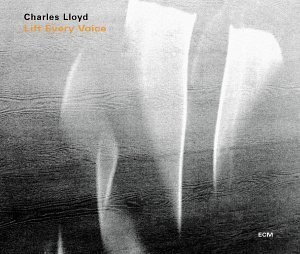 If you are a jazz lover in general, and a Coltrane lover in particular, as I am, I recommend the album Lift Every Voice, by Charles Lloyd.

Let's face it, most artists are moonbats, and I would imagine Charles Lloyd also falls into that category, although I have no specific knowledge of his beliefs. All I can tell you is this album is his attempt to express his sorrow, and his sense of inevitable triumph, in the immediate aftermath of 9/11.

He was booked to play the Blue Note jazz club in NYC the week of September 11th. After the disgusting attacks on our nation, rather than canceling his engagements, as everyone else, including the New York Yankees, did, Charles Lloyd decided to go ahead with the gigs, and to give voice to his feelings by foregoing his usual set in favor of hymns and spirituals from around the world.

The result is astonishing.

You can download the whole album at iTunes, or go to your nearest Barnes & Noble (do not go to Borders, because they do not support Freedom of Speech, instead they support the Jihadis right to limit our Freedom of Speech through terror and rioting).
Posted by Pastorius at 5:16:00 am

Actually my fav Coltrane is most likely his most atypical ..

I am a Coltrane fan. I'll drop by BN next week and see if they have this. Thanks for the tip.

Epaminondas,
The Coltrane/Johnny Hartman album is stunningly beautiful and it is atypical. I love that album.

If one were to compare the Lift Every Voice album to anything specific by Coltran, one would have to say it sounds like Coltrane's hymns, like Attainment, A Love Supreme, First Meditations (For Quartet), the song Spiritual ...

In other words, Lift Every Voice is like the more meditative of John Coltrane's work.

What are your favorite albums by Coltrane?