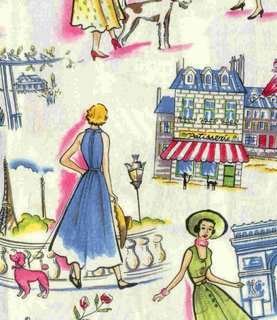 The "youths" are at it again, and they're after the Mayor:


PARIS (Reuters) - Youths clashed with police in a Paris suburb overnight and attacked the home of the local mayor in disturbances one police union said were the worst since a wave of urban riots shook France in November.

French media said some 150 youths armed with baseball bats fought around 250 police for four hours in Montfermeil north of Paris after the arrest of a youth suspected of attacking a bus driver, an incident witnessed by the local mayor Xavier Lemoine.

Seven police officers were slightly hurt in the violence, in which six youths were detained, police said. Three remained in custody.

"Around 100 hooded youths stoned my home shouting 'the mayor is a son of a bitch'," Le Monde newspaper quoted Lemoine as saying. "The clashes took place 50 meters (yards) from my home."

Lemoine, a married reserve naval officer with seven children, said he had been targeted after coming to help a bus driver being assaulted by youths who then recognized him.

The arrest of a suspect in the attack late on Monday triggered the violence, he said.

The mayor, whose home and family have previously been set upon, courted controversy last month when he banned unsupervised under-aged youths from gathering in groups in the town center. The order was later overturned by an administrative court.

Michel Thooris, secretary general of the Action Police CFTC union, said the latest violence was the worst since November.

"Last night we saw the strongest after-shock of the earthquake of November 2005 that hit the suburbs. The situation in the suburbs remains explosive," he said in a statement, calling on Interior Minister Nicolas Sarkozy to put community officers back on the beat to reduce tensions.

the arrest of a suspect in the attack triggered the violence
It's everywhere the same in Europe. In Brussels the police also can't make arrests anymore, whithout triggering violence. The police get the blame too. The reason is always their so called rascism. Poor Police, must be depressing, trying to do your job and be hindered bij PC politicians and PC social assistents.
We live in a bizarre world where down is getting up and up is getting down. The criminals become the victims.

It's very tragic, isn't it?

when I hear on MEMRI tv talking of the 5th colonne that's already here in place. I altimes wonder of those clerics speak about our politicians or immigrants. Probabilly both.

when you mix the colours: green and red, the result is a very dirty black.

I predicted in Dec and Feb that by mid-April France would be in the middle of a full-scale war by Aug. Looks like I'm wrong. This is just the usual burning and looting. I feel like such a fool. Such a fool! Oh, God, I feel so foolish!

So a mayor and his fammily are attacked by a hundred of so yoots, police are attacked, cars are burned in a few suburbs? C'est tres normale. What was I thinking?

Dag,
You know how youths get in the springtime.

Awww, those youths....Dag, I feel your pain.

How about Sarkozy using the metaphor of an "earthquake" and "after shocks" while thousands lie dead in an ACTUAL earthquake? That was a very sensitive move I thought. Yeah.....

Ouch, I didn't even think about that.

Dag, .. your "April" timeline is just running a bit late. The Spring in Europe was late this year and even today, last day of May, the weather has still got a bit of chill.
So when things warm up, lets hope these F*wits do their worst. The worse the better. Bring it on, show what you have got, then perhaps the resistance to act against them will be overcome.
Let the press deny the burning of a Paris icon.