AN IDEA WHOSE TIME HAS COME 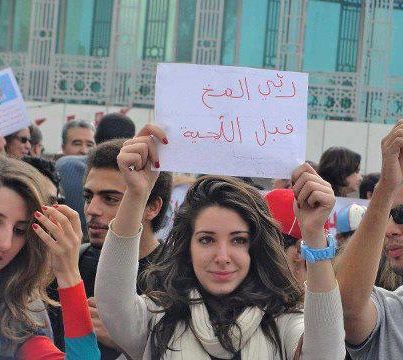 The new draft constitution is expected to be announced on Wednesday, Ali Awad, head of the ten-member technical committee and legal aid to the interim president, said in a Sunday press conference.

A second committee, comprised of 50 public figures will then have 60 days to review those amendments, to determine if the new proposals are fit for a public referendum. Parliamentary elections are expected to follow after the referendum.

“Fundamental changes must be introduced to [the] 2012 Islamist-backed constitution,” Ahram Online quoted source close to the committee as saying. According to the source, the committee has agreed that the new constitution will ban political parties based on religious ideology.

Such a move will clash directly with Morsi’s Article 2 of 2012's constitution, which stipulates that Islamic Sharia law supersedes civilian judiciary. Last week, however, Awad was quoted as saying that Article 2 will be kept “in order to stress the Islamic identity of Egypt.”

The source said the ban is necessary, as a number of political parties were formed on religious ideology with an ultimate goal of creating a religious state in Egypt. Such caution against religious extremism arose after “proposals from more than 400 political, economic, and social institutions, pressing hard for the necessity of safeguarding Egypt against Islamist factions trying to change the civil nature of the country into a religious oligarchy.”

Among one of the other major amendments proposed would be the annulment of the ban against Hosni Mubark’s National Democratic Party (NDP), the source claimed.

Committee sources also stated that the “the upper house of parliament, the Shura Council, would be scrapped.”
“Most political factions also press for the elimination of this council, which was exploited by the Muslim Brotherhood and its allies over one year to impose their Islamist ideology on the country,” a source said, adding that the Shura Council costs the state budget “too much money at a time of severe economic crisis.”

Some changes are expected to be introduced to the High Constitutional Court and the media in order to reinforce the institutions’ independence and shield them from further “intimidation by ruling regimes.”

“There will be no reconciliation with those whose hands have been stained with blood and who turned weapons against the state and its institutions,” Beblawi told reporters.

Citing a priest in Minya - where many Christian churches were attacked this week - Darrag said that the “attacks were orchestrated by thugs who cooperate with security forces.” He added that allegations of Islamist groups attacking the places of worship are unfounded. “These allegations are being propounded by the current [regime], in order to justify the aggression.”
Furthermore, Darrag told RT that mass media often misinterprets the whole picture, placing pro-Morsi protesters in one camp and government forces in the other. They are composed of “several fractions of Egyptians,” the politician said, adding that some are not organized or united under any banner. “They are all protesting and marching to regain democracy back.”
Posted by Pastorius at 3:51:00 pm

The poster she's holding up translates as:

"I'd love to be banged by IDF soldiers."

What does it really say?

I have clit, lick it morons, because it's staying where it belongs

BTW, the MB has already been banned TWICE in egypt

Yes, Epa. Good point. I forgot about that. That's important.

No, I don't mean I forgot about the clit.

I can't help but remember that.

Call it a "Lifestyles Choice".