London airports are on “high terror alert” due to fears that women suicide bombers could use surgically inserted explosive breast implants to attack airliners, according to British media reports.
The Mirror reports that Ibrahim al-Asiri — a Saudi citizen who is reported to be the chief bomb-maker for Al Qaeda —  is believed to have developed a way to conceal explosives in medical implants and bodily cavities and thus escape detection by airport scanners.
According to the Mirror, there is “credible” intelligence about the threat that Al Qaeda is planning to attack airliners flying out of London, with one Heathrow Airport staffer telling the paper, “There are genuine fears over this…We have been told to pay particular attention to females who may have concealed hidden explosives in their breasts.”
“This is particularly difficult for us to pick up but we are on a very high state of alert,” the staffer added, speaking anonymously.
“Sources have said that security at Heathrow is taking longer as they check busts,” writes the Daily Mail.
An expert on explosives, speaking on condition of anonymity, tells the Mirror that the implanted explosives could be detonated by injecting another liquid.
“Both are very difficult to pick up with current technology and they are petrified Al Qaeda are a step ahead here,” the expert told the British paper, adding “It’s pretty top secret and potentially very grisly and ghastly.”
A spokesman for Heathrow Airport said, “We don’t comment on specific security measures.”
Britain’s Department of Transport wouldn’t comment to the Daily Star about the report, but did say: “The safety of the traveling public is paramount, which is why the UK combines technology, intelligence and other measures to provide one of the strictest aviation security regimes in the world.”
=============================

Just brings a whole new meaning to, well, you know. . . 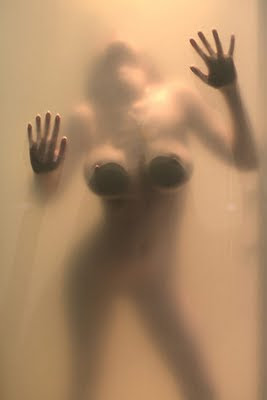 Boobie Bombs. What a way to die!