Attorney for Fort Hood jihad massacre victims: Obama and Army “twisted rules” to avoid admitting that Hasan is a jihadist 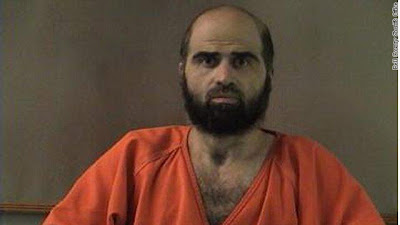 I received this email today from Neal M. Sher, attorney for the victims of Nidal Hasan's murderous jihad attack at Fort Hood on November 5, 2009.

As the attorney for the victims of the Ft. Hood massacre, and their families, I can say unequivocally that at every turn the Administration and the Army have twisted rules, regulation and common sense into pretzels to avoid acknowledging what Hasan himself has admitted prior to the attack and now in court: that he is a committed and devout jihadist who is fighting for an enemy.
The question which needs an answer: in light of his admission why has he not been tried for treason, as was Bradley Manning? While his crimes are most serious, he's not a mass murderer.

Obama and others need to wake up to reality and come out of denial. For Hasan was a militant jihadist. Let call a cat a cat, a dog a dog and a jihadist a jihadist. Hasan even yelled out "Allahu Akbar" all the while he was engagening in thoses murderous actions of Islamic terrorism. To site only two of the many places in the Quran that teach violence and killing in Sura 9:112. Which teaches "The believers fight in Allah's Cause, they slay and are slain,kil and are killed." Likweise, in Sura 47:4 it also instructs "Whenever you encounter theunbelievers strike off their heads untill you make a great slaughter among them..." A firearm such as Hasan used can make a greater "slaughter among them" then a sword can. Obama and other likemind people need beaome aware of the facts of reality and then let the truth come out in court.

Stephen COughlin, phone call for you