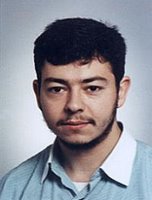 nish imams are defending their prophet Muhammed through an aggressive campaign against Demokratiske Muslimer and critics of the press, in particular the morning paper Jyllands-Posten.

This is revealed in a documental from Denmark made by the french TV-station France 2, who has employed hidden cameras to unveil the truth. The documental is to be broadcasted today. 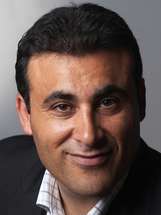 In a central segment of this documental it is shown how imam Ahmed Akkari (photo, left) indirectly threatens the leader of Demokratiske Muslimer Naser Khader(photo, right). It is proposed that he ought to be killed if he joins the government.

“If he becomes Foreign or Immigration Minister, one should send a couple of guys to blow up both him and the ministry“, says the spokesman for the imams who travelled to the Middle East.

You can continue reading here.

When are they going to kick his ass back to the sandpit he came from?

It would appear that Denmark is becoming a serious battlefield in the war aganist Islamofascism.

I salute their courage & resolve!

Woops, I'm sorry. I also posted on this, because I hadn't seen your post.